When an OFW Comes Home for a Visit.. (and a Perfect Gift for OFWs)

Being an ex-OFW myself, I know how expensive it is to come home because everyone expects the balikbayan to pay for everything. The timing of my kuya's homecoming was such a bad one because I am saving for my South American trip, so hindi ako nakaka gastos ng bonggang-bongga masyado. I told him about that.

He also told me that he wants to pay for all the debts little by little. Modesty aside, ako ang nagpa anak sa tatlong anak nia. When I was working in America, I gave monetary support... lots of it. He considers it an "utang" but I don't consider it that way at all. So hindi ko alam how much I gave him in total.


My kuya gave me a pasalubong for my South American trip, a Nike shoes! It feels damn good to receive something from abroad pala, but nahiya ako masyado. 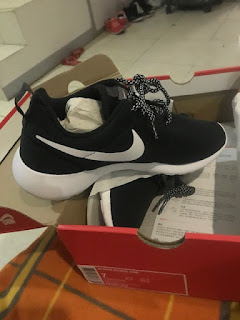 Though, I told my brother point-blank that I won't be able to spend because of my upcoming trip abroad, he understood naman but I made it to a point to also spend because I know how it feels like to get depended on one hundred percent. I told him that the next time he visits, I will be more lenient with my spending. In fact, I already promised him a lechon for our island hopping plans when he visits me a year or two years from now.


By the way, we went to SM and it was my first time for me to see how my Kuya interacted with his kids. They played at SM Cebu Amusement Center and I could see how proud my Kuya was. As in. It was kind of a magic to see him that way. I guess that's how parenting feels like? I told him about my observation and I'm so proud of him for being a good provider. My mama told me that growing up, we didn't experience those kinds of things. I told her that that's why kuya is working hard to take his kids to those kinds of places.


Before my Kuya left, I gave him gifts... My old finance book and My Papa's old jacket:


I've made a post about this book. This book has always been my favorite local personal finance book. I've already done reading it several times, so it was the right time for me to hand it over to someone else. The jacket was my Papa's old swimming coach jacket. My Papa gave it to her sister when she went abroad and her sister (my aunt) gave it to me when I went abroad (In fact, I have a picture where I wore this jacket, which I posted on this blog). Now, it's with my brother. My brother was utterly surprised and it made me feel good.

Few days after he visited, we talked on the phone. He was moved with the message of the book. He said that tinamaan daw sia sa Step 1 so how much more sa other steps.

I think those gifts I gave were perfect. I could tell how delighted he is.

Posted by Maria Abellanosa at 3:38 AM 3 comments:


I haven't blogged for a long time, but here are random updates about my life:

The Unified Multi-Purpose ID (UMID) is a four-in-one identification card that Filipinos can use to transact with government agencies such as the Social Security System (SSS), Government Service Insurance System (GSIS), PhilHealth, and Pag-IBIG Fund. The UMID is also accepted as a valid ID in all other transactions

Note: The staff told me that if my UMID won't arrive within two months, I should go to my nearest postal office and claim it there. 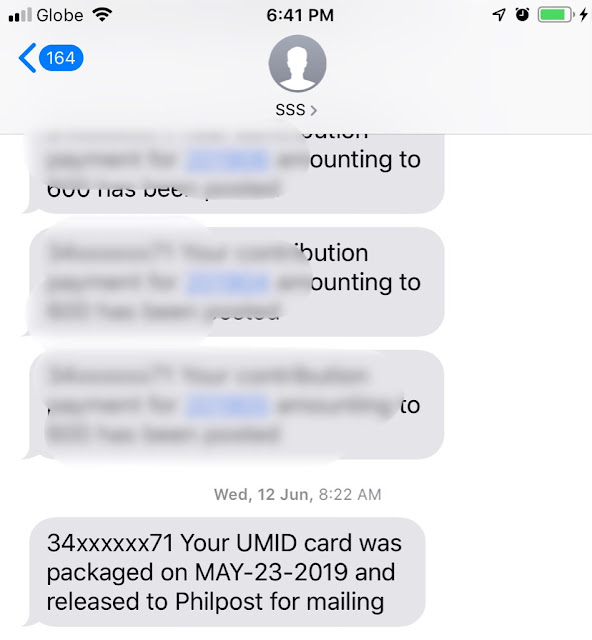 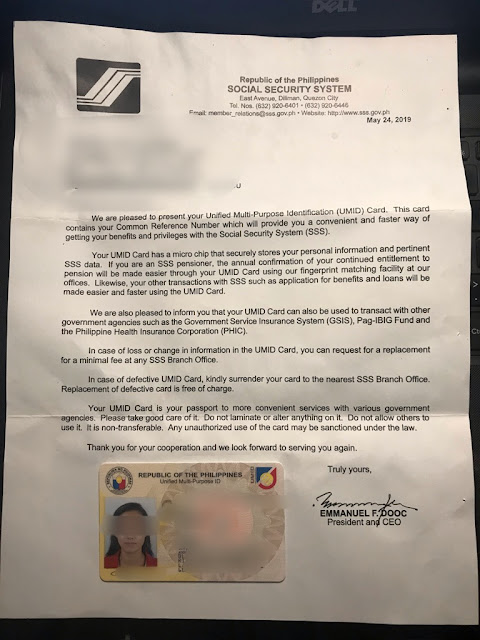 It took approximately 3 months from application to delivery.


Posted by Maria Abellanosa at 4:04 AM 3 comments: